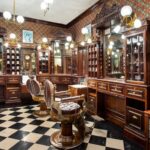 Short back and Sides?

The first thing which will grab your attention is the paraphernalia adorning the walls & fittings throughout the barber shop. This is Disney after all, and theming is meticulously accurate to the time period. 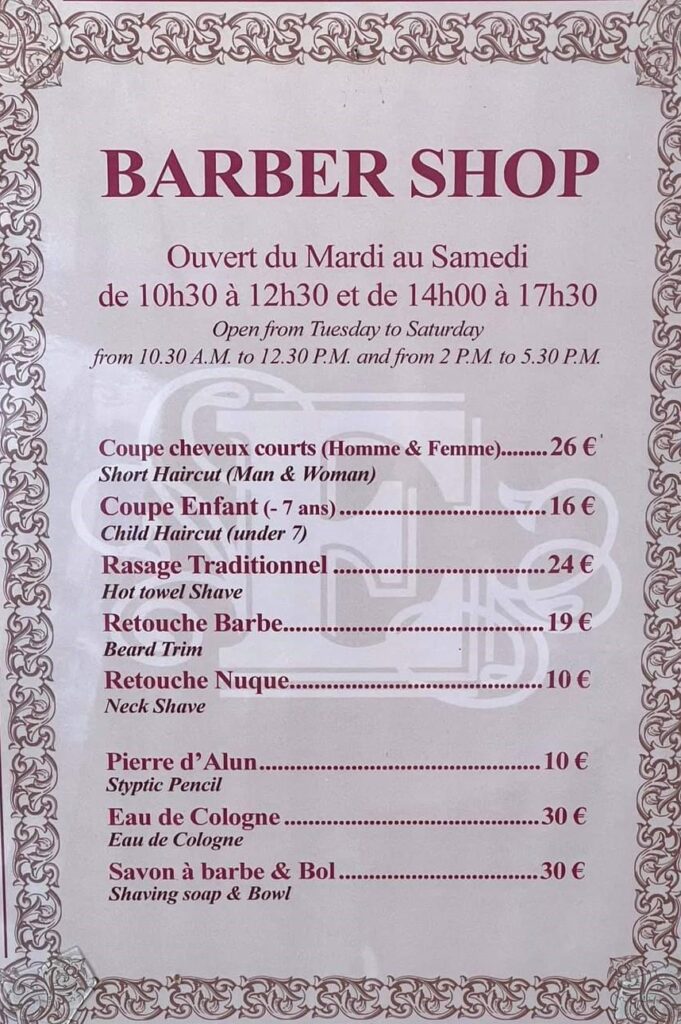 Now, although Dapper Dan’s is aimed at gentlemen visitors, it is worth noting that they will also accommodate women and children. As you can see from the pricelist above it is very affordable starting at just €10 for a neck shave. It really is a fantastic way to relax and unwind in a pleasant setting in the heart of the magic at Disneyland Paris.
Dapper Dan’s is scheduled to open Tuesday’s to Saturday between the hours of 10:30am – 12:30pm and then again from 2pm to 5:30pm. This is not always the case though and you should check with City Hall if they will indeed be open during your visit. It’s not easy finding a barber from early 1900’s USA you know!

If Dapper Dan’s barbershop is open during your stay you can make a reservation at The Emporium shop on Main Street U.S.A.

Dapper Dan’s is named after the world famous barbershop quartet of the same name who performed in Disneyland California in the late 1950’s. Disneyland Paris also have their own version of the acapella singing group named “Main Street Quartet”. There are also similar groups now performing in Walt Disney World, Florida and also Hong Kong Disneyland. Disneyland Paris is one of only two Disney parks, the other being Walt Disney World, Florida, who currently have an actual Barber Shop on Main Street. Why not take a walk down Main Street U.S.A and take a left hand side street half way down to pop in for a relaxing trim on your next visit. You won’t be disappointed.